Are you one of those people who refuses to get into Brussels sprouts? Try these oven-roasted Brussels sprouts with beer-glazed bacon topping and let me know what you think afterwards! You may just be converted. I know this is hard to believe, but I have every single one of my kids scarfing down these sprouts and asking me to make them as a side dish every other night. If you’ve never liked them before, maybe try them in a recipe where they really shine, like this one! 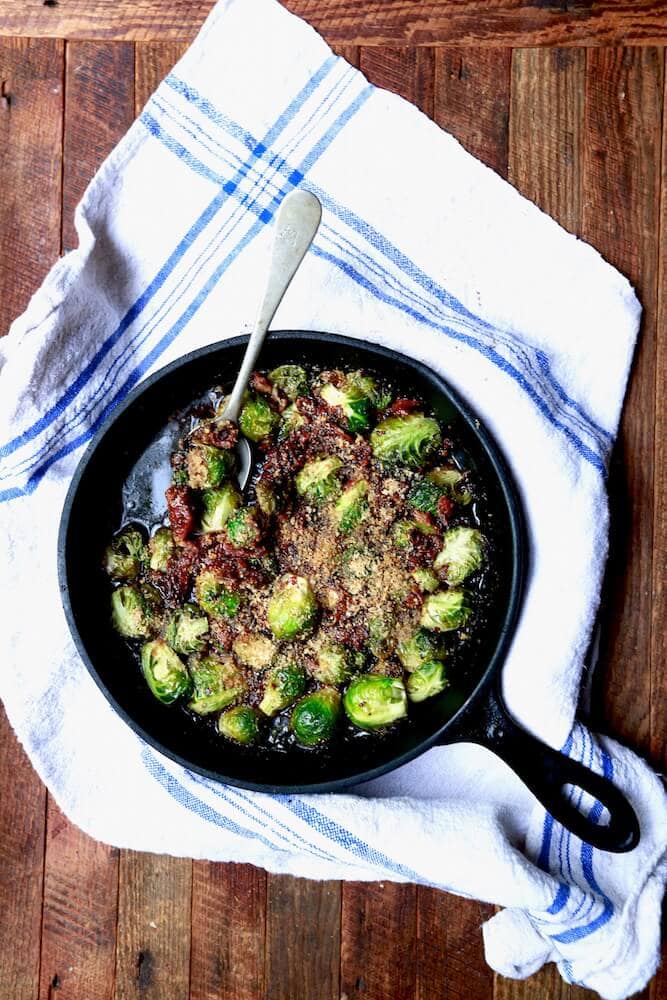 Every time I post Brussels sprouts on social media I seem to spark a controversy. On one side, there’s the fervent sprouts enjoyers professing their love for this chewy green veggie. Then, on the flip side, I have my picky folks who wouldn’t touch the stuff with a fishing pole. It’s rarely anything in-between. Who knew Brussels sprouts could be so polarizing?

As for me, I’m fully prepared to carry the Brussels sprouts flag into battle. I want to spread the love for these delicious buds. I must say, I have been able to convince some in the anti-sprouts camp to abandon the dark side and eat these things with regularity by introducing them to my Creamy Brussels Sprouts. The creamy sprouts are so crazy delicious, but I feel like I’m selling the sprouts short by not showing off their hearty side. So I tried these roasted sprouts, added this awesome sauce made from an Alaga Cane Syrup reduction, and topped them with crunchy Panko and bacon bits. Could it get anymore delicious? Well, I want to see what the sprouts haters say, but my family definitely doesn’t think so.

The cane syrup’s sweetness pair perfectly with the earthy depth of the dark ale. Both ingredients pair beautifully with the bitter notes of the sprouts. As the sprouts roast, they acquire a sweet heartiness. And I have to mention how cute they are, don’t I? They look like tiny cabbages. I really love these beauties and urge you to try them. 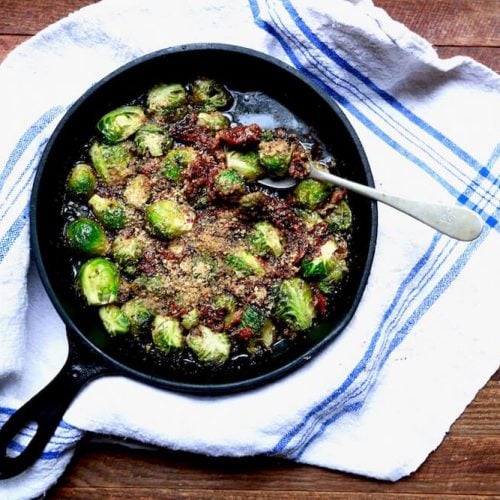