Shrimp and grits may just be the perfect combination of flavors and textures. That’s why I chose this iconic recipe as one of the dishes for my southern menu at Talon Lodge in Sitka, Alaska. (Read about Scott’s and my Alaskan adventure. It was incredible!)

Why Shrimp and Grits? Is it a southern thing?

Creamy, cheesy grits and meaty, flavorful shrimp–what’s not to like? It’s got protein, carbs, fiber, and flavor for days. Shrimp and grits is a Southern favorite, with good reason.

This popular dish is thought to have gotten its start in Charleston, South Carolina, about a quarter of a century ago. Local shrimp were abundant, and someone discovered that frying them up in bacon grease and serving them with grits made a delicious breakfast. I agree 100%!

The dish also became a favorite in Georgia. However, it didn’t really catch on throughout the South and the country as a whole until the 1980s. Shrimp and grits was a local dish that went regional and then national as a star of Southern-style cuisine.

I’ve learned that we owe the popular launch of this dish to a chef named Bill Neal at Crook’s Corner restaurant in Chapel Hill, North Carolina. Born in South Carolina, Neal had enjoyed shrimp and grits along with other local favorites in Charleston. As a chef, he also has popularized Hoppin’ John and other South Carolina specialties.

Neal and other ambassadors of Southern cooking have proven that you don’t have to be from the South to enjoy its cuisine. I proved that all over again by bringing my take on this iconic dish to Sitka, Alaska!

Last year, I shared my shrimp and grits cakes recipe with you all. That recipe serves up the shrimp piled high on fried grits cakes, a favorite with my family. We love those fried cakes so much that I’ll serve them up with just about anything. I even cut them into triangle-shaped appetizers for dipping in sauce.

However, sometimes the comfort of warm carbohydrates in a bowl is just the thing. In that case, I like to make creamy cheese grits to spoon the shrimp and gravy over.

How to Make This Dish

Few things are simpler than making grits, which are basically just white or yellow corn meal boiled to the consistency of cream of wheat. (White corn grits are typically milder in flavor.)

Quick grits, which are instant grits made from finely ground corn, cook in no time. On the other hand, all grits are quick-cooking grits: the regular medium-grind corn takes only 10 minutes.

In this recipe, you cook grits and add shredded cheese at the last minute, because really, what isn’t better with cheese on it?

As for the “shrimp” part, it’s super simple, too. If you don’t like to peel and devein shrimp–the hardest part–you can start with ones that are already peeled and deveined.

I include Tasso ham or chorizo sausage to amp up the flavor. Just cook it up in a large skillet until crispy. Then add and sauté the vegetables: onions, green pepper, and garlic.

Once the vegetables are translucent, add white wine to deglaze. Deglazing picks up all the tasty caramelized bits from the bottom of the pan and brings their rich flavor into the sauce of your dish. It’s magic!

Next, you add the seafood star of your shrimp and grits. Sauté the shrimp for about 45 seconds, or until pink. Don’t overcook it.

Finally, add the cream and seasoning to make your gravy. You can loosen, or thin out, the gravy with shrimp stock if it gets too thick.

When the shrimp and gravy are ready, spoon the mixture over 8 bowls of grits. Garnish with the sliced green onions.

What do you serve with shrimp and grits?

I love to serve this dish with crusty bread. If you’re serving it for lunch or dinner, you could add a big Italian salad.

Can shrimp and grits be frozen?

Odds are that you won’t have much in the way of leftovers of this delicious dish. If you do have any left over, I recommend storing them in an airtight container and eating them up quickly. You can freeze shrimp and grits, but it’s best to freeze and reheat the two parts separately since they will reheat at different rates.

Enjoy! Let me know in the comments how your shrimp and grits turn out.

Serve with crusty bread.
If you like this recipe, please give it a star rating to help other cooks find it!
Follow me on Instagram and tag #stacylynharris so I can see all the SLH recipes you make. ♥
Tried this recipe?Let me know how it was!

This Shrimp and Grits Cakes recipe has been an obsession of mine for the entire summer. I have been chomping at the… 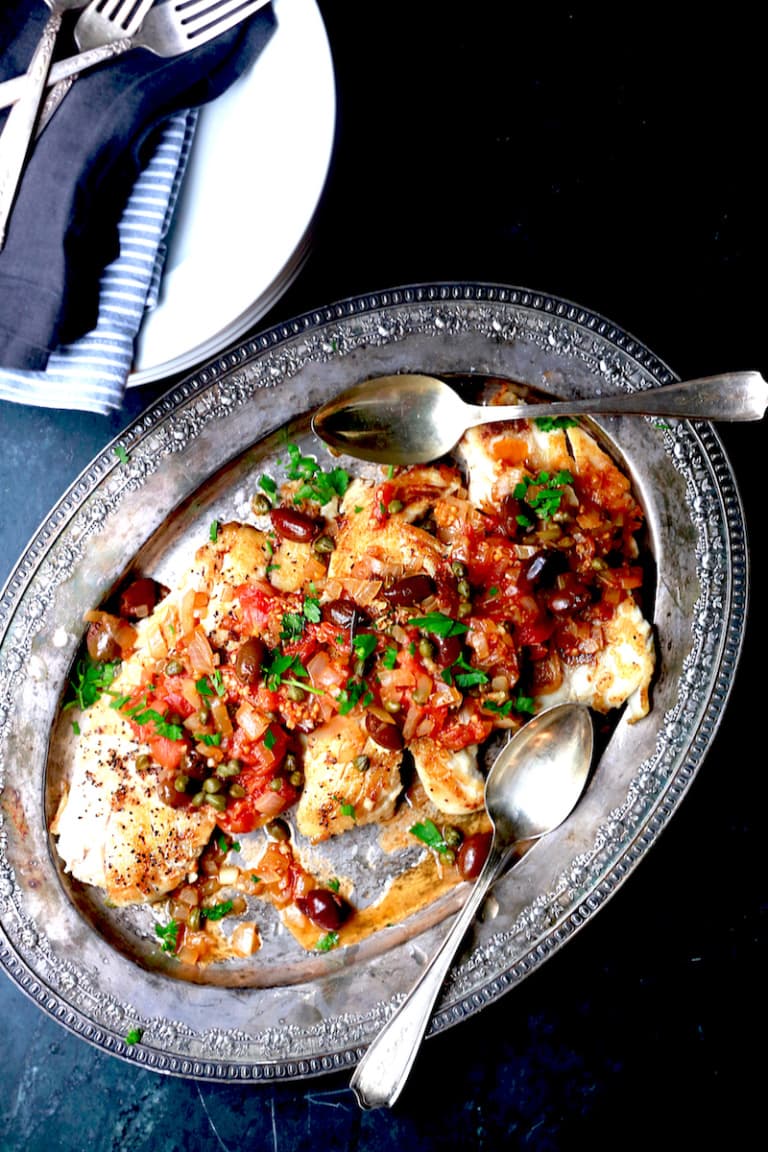 Any white fish will work using this flavorful recipe. The depth in this dish is truly a treat: tomatoes, olives, capers, garlic, wine, salt and pepper! The other upside? It only takes 20 to 25 minutes to make! Get the book! 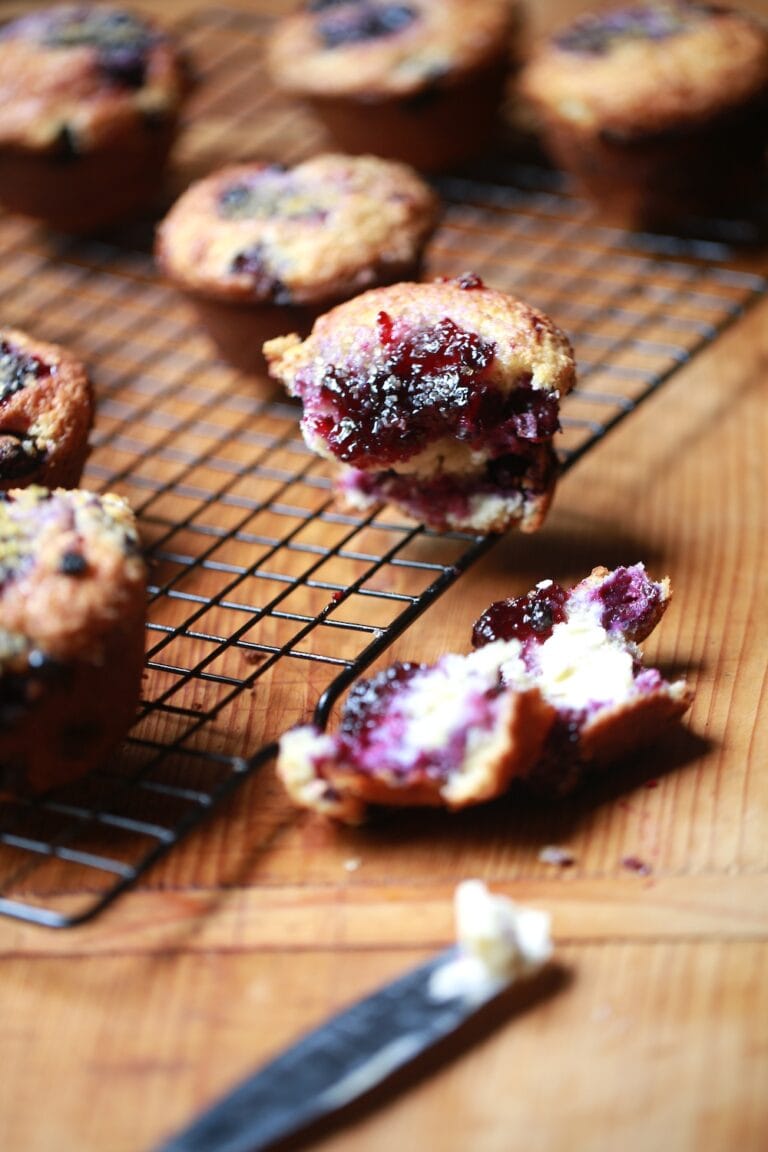 These mixed berry muffins have to be one of the most comforting treats of all time. The crunchy lemon sugar topping with… 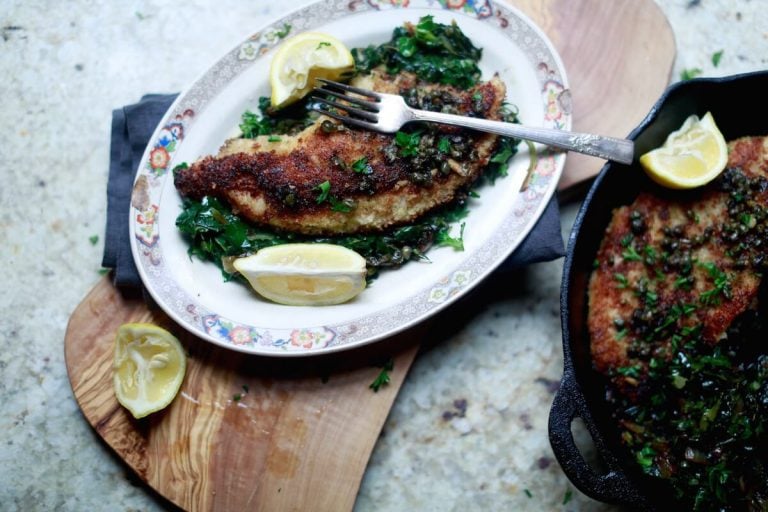 This post is sponsored by US Farm-Raised Catfish. You can find the original recipe for Catfish Piccata on their website. Thank you… 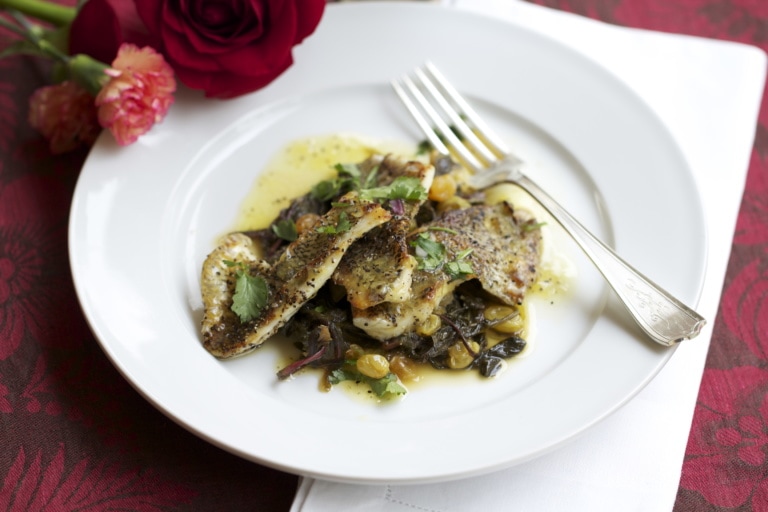 The word fabulous in this title is the best adjective to describe this dish. This bream is truly an impressive dish to…