The Effect of Coyotes on Deer Populations

The Effect of Coyotes on Deer Populations

The Effect of coyotes on deer populations is an area of great interest and concern to land and wildlife researchers and managers.  Due to the declining fur market over the past several decades, the coyotes range has expanded drastically.  With litters up to 19 pups coyote numbers increase every year.  Tagged coyotes have been known to travel over 400 miles and they now inhabit the lower 48 states and Alaska.  During the booming fur industry, the southeast had no coyotes and a high deer density.  Now in some high-density locations previously having 50+ deer per square mile, deer are rarely seen.  The U.S. Government has to kill over 90,000 coyotes yearly because of stock predation. 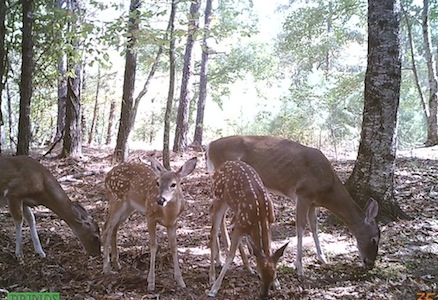 Tests have been done to confirm if coyotes affect whitetail deer populations.  A study was organized and researched in Northern Alabama by Dr. Karl Miller[1] of the University of Georgia and Cory Van-Gilder[2], graduate of the University of Georgia, along with Dr. Grant Woods[3], graduate of Missouri State University, University of Georgia, and Clemson University.  The study was performed on 2,000 acres where 22 coyotes and 10 bobcats were removed during fawning season.  Resulting in a doubled fawn population. Later, Miller went on to conduct a second study in Southwest Georgia on 2 sections of land.  One section of 11,000 acres, 23 coyotes and 3 bobcats were trapped and on another 7,000 acres no trapping was done.  The results were staggering.  In the trapped area 2 out of every 3 does had fawns opposed to the un-trapped area where only 1 out of 28 does had fawns.

Dr. John C. Kilgo[4]at the U.S. Forest Service at the Savannah River Site in South Carolina conducted one of the largest studies concerning the affects of coyotes on whitetail deer.  Sixty fawns were collared and observed.  Within the first 6 weeks 73% (44) of the fawns died.  Approximately 80% (35) were killed by coyotes, 13% (6) were killed by bobcat, and 7% (3) by unknown causes.  Dr. John C. Kilgo conducted another study on the adjoining land with deer having no collars and using only trail cameras to prove that the collars didn’t slow the fawns down.  The mortality rate was the same.  Dr. Kilgo’s most recent studies disproves the theory that fawning cover will reduce the predation of fawns finding the same results as land with less fawning cover.  Dr. Kilgo and Christopher Shaw of the U.S. Forestry Service tested the theory of “predator swamping” where the buck-to-doe ratio was balanced, wherefore all the fawns would drop at the same time.  They conducted a test on 2 tracts of land, on the first tract the deer had a high density and on the second tract a low deer density.  Even though the land had roughly the same amount of coyotes the rate of predation was roughly the same. 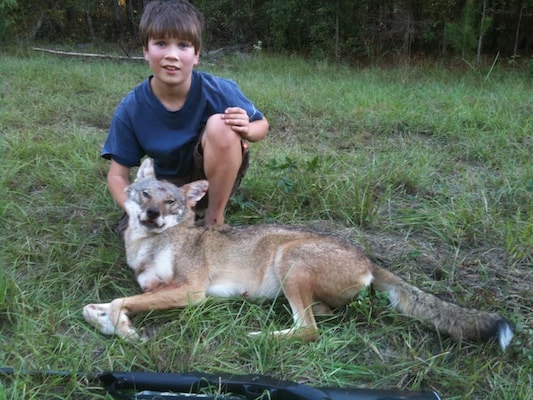 In year 2005, Dr. Stephen Ditchkoff [5]of Auburn University and his students began collaring 50 fawns a year.  When starting, they scarcely had a fawn killed by coyotes, but in 2008 34% were lost and in 2009 over half were lost.  Mark Buxton[6], a wildlife manager with Southeastern Wildlife Habitat Services in Thomaston Alabama, says at the QDMA’s annual convention in Louisville Kentucky “…food plots, timber stand improvements, and restoring native vegetation… can maximize their (the deer) potential.  The coyote is the next big part of that equation.”  Buxton says “if coyotes are not a problem on your hunting property they will be in a few years.”  It has been said that fawns were at the wrong place at the wrong time.  Buxton believes this is not the case.  He trapped predators in 2009 during 3 months of spring and caught 20 coyotes and 15 bobcats from 1500 acres, beginning about a month before fawning begins.  After 1 year, Buxton had caught 49 coyotes and continued into the 2010 fawning season trapping 14 more.  In total, 54% of the coyotes trapped were caught during fawning season (34 of 63).  “That tells me when coyotes are targeting fawns” Buxton states “when fawns hit the ground its game on for coyotes”.   Ditchkoff agrees, saying, “coyotes might have learned to identify doe behaviors that indicate fawns are nearby. That’s not unheard of.  In Alaska, they’ve documented that when a cow moose acts in a way that indicates a calf is nearby, brown bears start a systematic search to find the calf. They just hammer moose calves.” 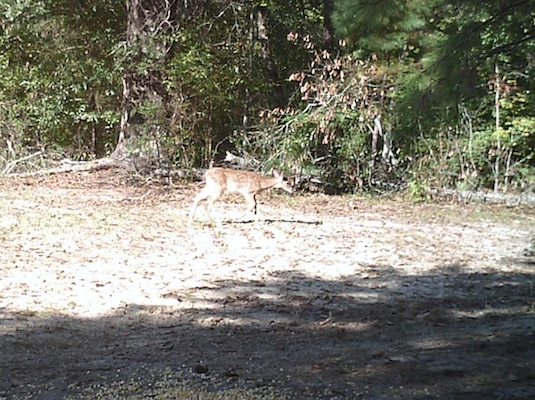 During the late 1980’s coyotes advanced into South Carolina and by year 2006 the deer population declined by 36%.  Is this merely by chance?  An in-depth study was done on Michigan’s Upper Peninsula indicating coyotes kill more grown deer and fawns than wolves, bears, or bobcat.  For 3 consecutive years coyotes caught and killed more adult deer leaving their competition in the dust.  Coyotes killed 7 deer, whereas wolves killed 3 and bears and bobcat trailing behind with 1 each.  Coyotes were also the apex killing predator fawns with 22.  Bobcats killed 12 and bears and wolves tied at 4. 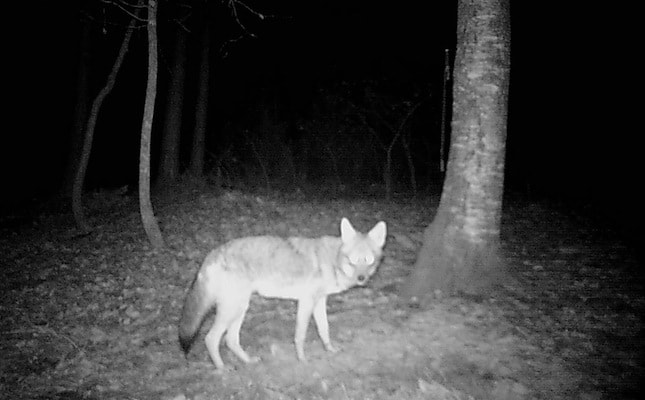 In yet another study, Sarah Saalfeld[7], a student of Auburn University, under the direction of Dr. Stephen Dithckoff, found coyotes impacted deer in an urban environment the same as in the wild, contradictory to the expectation that cars would be the highest cause of mortality.  Coyotes killed 67% of the fawns in an urban environment just as in rural environments. 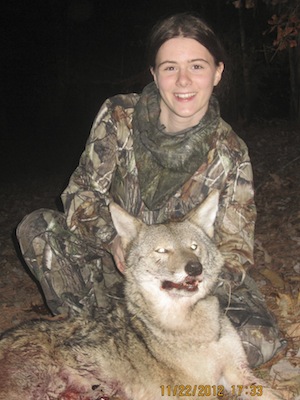 It appears coyotes negatively influence deer populations.  The elimination of coyotes have been known to double the survival of fawns.  The removal of predators, especially coyotes can significantly increase the deer population.  Do your part to put these fawn slayers in check by trapping and hunting and to bring back a thriving deer herd, but be sure to check your states laws before you go out!

16 responses to “The Effect of Coyotes on Deer Populations”