Gumbo has been a Louisiana favorite for over a century. In my opinion, it’s the perfect fusion food. Gumbo is a perfect mix of French, West African, and American Indian Cuisine. Each culture in Louisiana made their contributions to this dish. 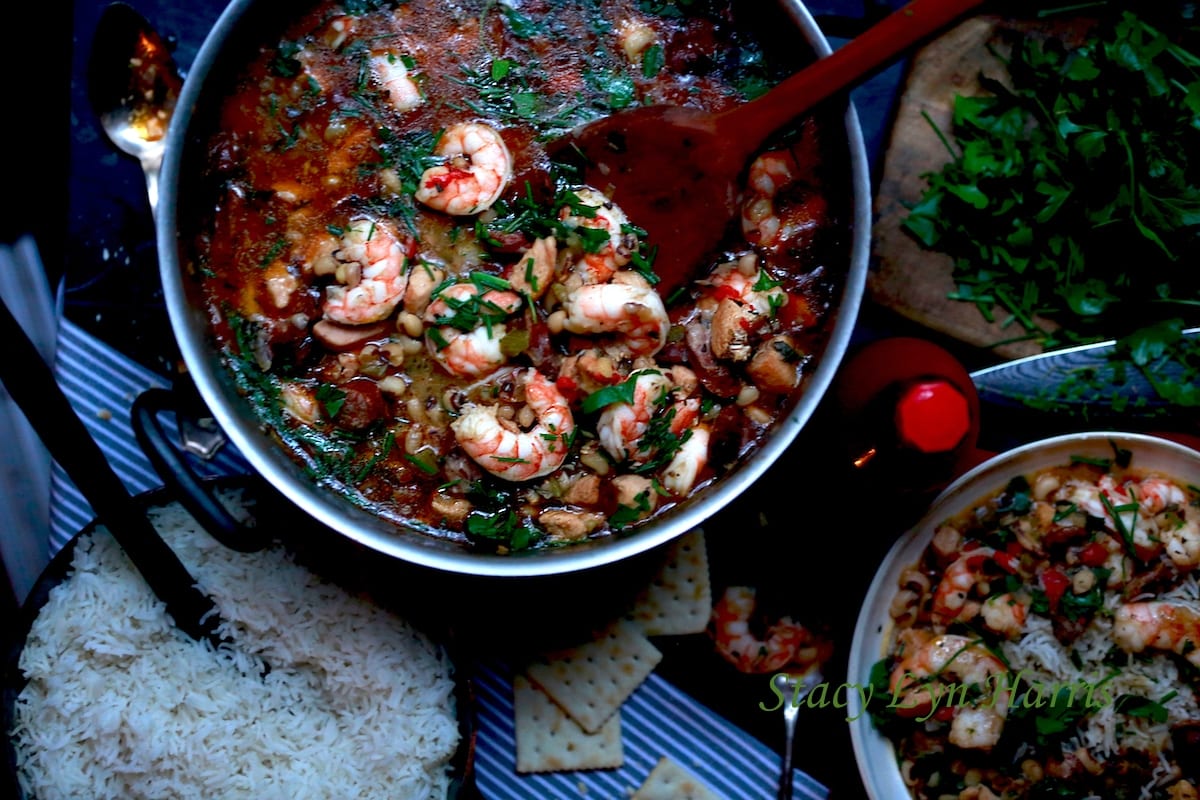 Black-Eyed Pea Gumbo is thick, full of flavor, and addictive!

Gumbos have mostly been divided into two categories, those thickened with film and those thickened with okra. It is believed that okra is used in the summer when it is fresh and file during the winter months. I don’t buy that reasoning. If you’ve ever been in a room with Gumbo connoisseurs, a mighty big fight will usually break out over which is the “real” version of gumbo.

Although I use okra at times in gumbo, I particularly love the way filè tastes. It has a distinctive earthy flavor and adds color to the gumbo. Oftentimes folks will just thicken with a roux, but I do both for flavor and texture.

With gumbo’s popularity spreading to all of America, more variations of the dish are becoming popular. Most versions contain chicken, shrimp, and sausage, but sometimes we use duck, turkey, and pheasant. They tend to make their way into most hunter’s households. Again, gumbo is the perfect fusion food.

In my opinion, it’s the perfect fusion food. Gumbo is a perfect mix of French, West African, and American Indian Cuisine. Each culture in Louisiana made their contributions to this dish.

That’s where the black-eyed peas in this recipes come in. In Alabama, peas are quite proficient and plentiful. Black-eyed peas just seem to naturally come up in our dirt. They’re easy to harvest, shell, freeze, and dry which make them a staple on a Southerner’s table. Once you try gumbo with the black-eyed peas, you’ll always think something’s missing when they aren’t there.

Don’t forget to check out our hand-hewn gumbo paddle!! They age with the most beautiful patina and can be passed down through the generations along with the stories gathered with use.